Compared to traditional treatments like Ocrevus, stem cell therapy can potentially treat more aspects of Multiple Sclerosis (MS) and has a lower cost. 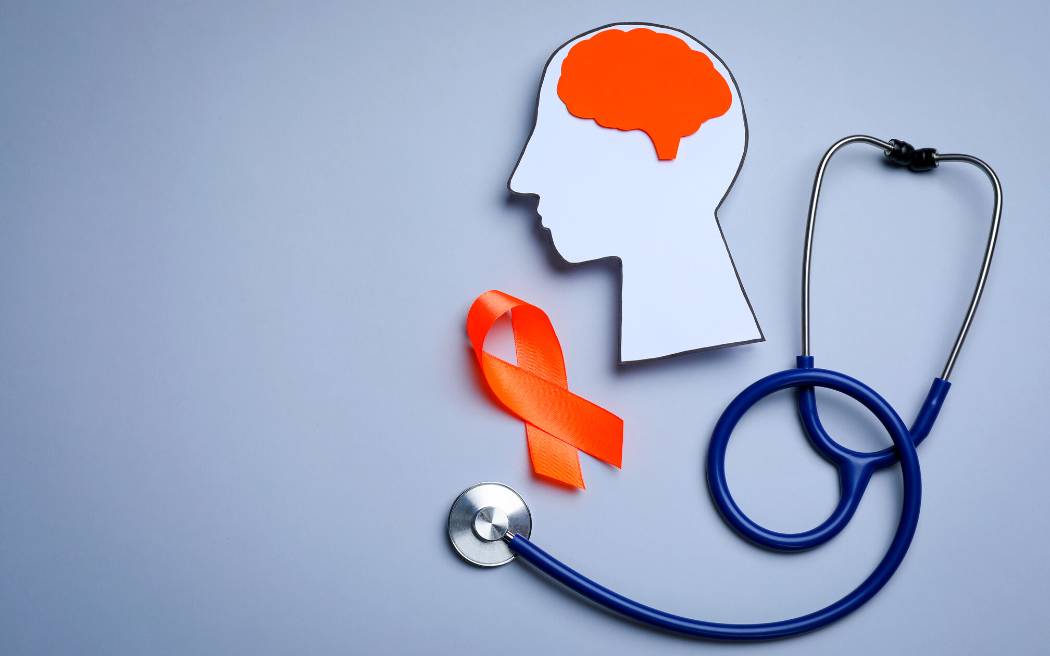 Before discussing the potential benefits of stem cell therapy for MS, it's essential to understand what Multiple Sclerosis is. MS is an autoimmune disease that attacks the protective coating around nerve fibers in the spinal cord - this coating is called the myelin sheath. This damage to the myelin sheath surrounding the nerves can cause loss of muscle function and difficulty with normal bodily functions such as vision, speech, movement, and digestion. Stem cell therapy has shown promise in fighting the effects of Multiple Sclerosis by repairing and replacing the myelin sheath surrounding the nerves. This occurs due to the anti-inflammatory and immune regulation attributes of Mesenchymal Stem Cells (MSCs) used in stem cell therapies. Stem cell therapy could also be used to promote the growth of new neurons and help repair damage caused by the autoimmune attack on the nerves. In addition to treating the physical effects of MS, stem cell therapy could also help those with MS to live a healthier and more fulfilling lifestyle. Stem cell therapy could reduce the frequency and duration of MS flare-ups, allowing people with MS to live a less restricted and fulfilling lifestyle. Condition stabilization could also help reduce the cost of treatment for those with MS, as less frequent and shorter flare-ups could lessen the need for expensive treatments like Ocrevous.

There are a variety of FDA-approved treatments for Multiple Sclerosis, both of which focus on reducing the frequency and duration of MS flare-ups. The first treatment, Ocrevus (ocrelizumab) Ocrevus is a prescription medicine used to treat multiple sclerosis, or MS. It is administered through a series of infusions, which are given every six months. It targets the B-cells in the immune system, which are believed responsible for the inflammation and nerve damage that occur with the disease. Studies have found that patients treated with Ocrevus experience fewer relapses and less disability progression than those who are not treated. Ocrevus can also help reduce the risk of developing severe disability from MS. The side effects of Ocrevus can include rash, itching, hives, headache, nausea, and infusion-related reactions.

The second treatment, Lemtrada, is a treatment for certain types of multiple sclerosis (MS). It is an infusion initially approved in the European Union in 2013. The drug consists of alemtuzumab, an immune system-modifying antibody. In MS, Lemtrada targets specific types of immune cells that attack the body's own tissues, causing the symptoms of MS. Lemtrada infusions are given over two years. During the first year, two courses of treatment are administered over five consecutive days. During the second year, one course of treatment is administered over three consecutive days. Following the administration of Lemtrada, it is essential to monitor for any potential side effects, such as low white blood cell counts and infections. If a patient experiences any side effects, their doctor will adjust their treatment accordingly. Lemtrada has been proven to be an effective treatment for many people with multiple sclerosis, but it is not appropriate for everyone.

While both treatments have proven effective in reducing symptoms of MS, they are often out of reach for many people without insurance due to their high cost. Ocrevus is administered by an intravenous infusion every six months and can sometimes cost over $65,000 per year. Lemtrada, on the other hand, is an immunotherapy that stimulates the immune system to attack the MS lesions before they can cause damage to the nerves. Lemtrada is administered by an intravenous infusion every three months and can cost over $120,000 per year.

When comparing the cost of stem cell therapy to the cost of traditional treatments for MS, it is essential to consider that conventional medicines are often only partially covered by insurance. This can result in a significant out-of-pocket expense for those receiving treatment, often making them more expensive than stem cell therapy.

While stem cell therapy has shown promise in fighting the symptoms of MS and could provide an affordable alternative to traditional treatments, the FDA has not approved the treatment within the United States. However, there have been several preclinical and clinical trials that suggest the potential for stem cell therapy. Preclinical trials have provided evidence that stem cells have the potential to repair and replace the myelin sheath surrounding the nerves. In preclinical trials, stem cells were found to promote the creation of new myelin sheath, improving the function of the damaged nerves and reducing symptoms of MS. Stem cell trials have also demonstrated the potential to reduce the frequency and duration of MS flare-ups. Through these trials, stem cells were observed to affect the central nervous system and the immune system positively. These cells have been shown to combat and prevent the autoimmune attack on the nerves that causes MS.

Stem cell therapy could be a promising treatment for MS, as it has shown potential to treat the root cause of MS and its symptoms. Traditional therapies for MS only focus on managing the symptoms of MS, but stem cell therapy has the potential o treat the cause of MS and its symptoms. There have been several preclinical and clinical trials that suggest its potential. While the long-term stabilization effects of stem cell therapy are yet to be published, it has the potential to provide a more affordable alternative to traditional treatments for MS. Stem cell therapy could not only provide relief from MS symptoms but also provide a more cost-effective solution for long-term care. 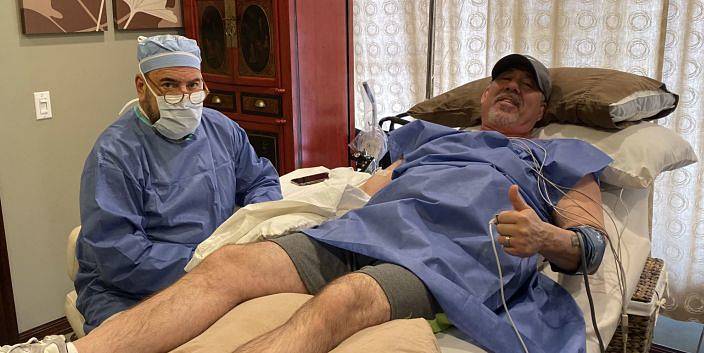 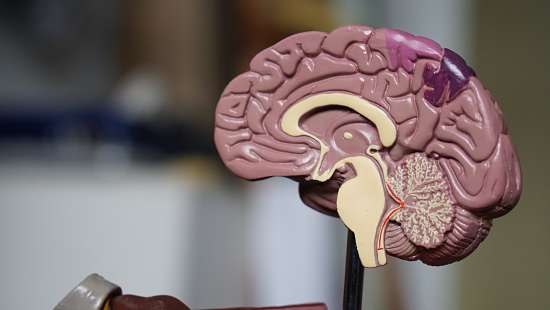 A summary of TBIs and the potential for stem cell therapy treatments. 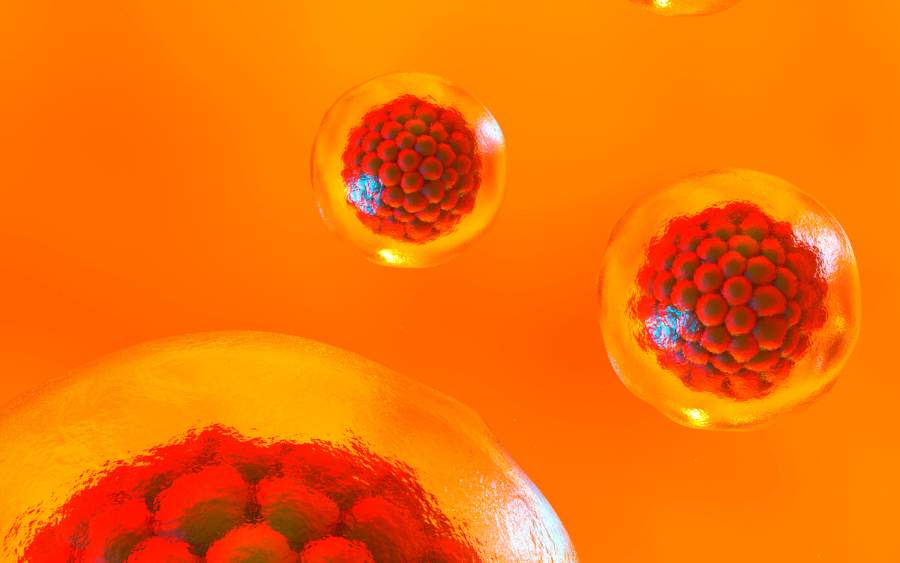 Different Types of Stem Cells and their Functions

There are several different types of stem cells, each with its own unique properties and applications in medical research and practice. Exploring the Basics: What are Stem Cells and How Do They Impact Modern Medicine?

Unlock the secrets of stem cells! Discover what they are, how they can be used in medical research, and the potential they hold for treating diseases.

What is stromal vascular fraction?

Stromal vascular fraction explained by the experts at DVC Stem.